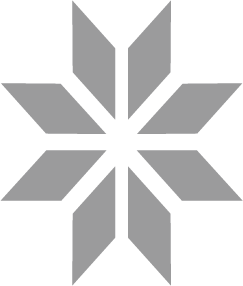 In particular, four mobile titles have cemented themselves within SEA — Free Fire, Arena of Valor, PUBG Mobile and Mobile Legends: Bang Bang (MLBB). Most of these titles have garnered viewership figures of above one million peak viewers across multiple events, largely due to their fanbases within Eastern regions.

However, despite its success within the East, the scene is still in its infancy across the Western world. Still today, mobile esports is hardly known — or even covered — within most of Europe, the Americas and Oceania.

In order to explore the mobile esports ecosystem, its current state in SEA and the scene’s potential in the West, Esports Insider attended Moonton Games’ Mobile Legends: Bang Bang SEA Cup (MSC) in Malaysia, a ~£250,000 event that reached a peak viewership of over 2.8m.

“Southeast Asia is definitely a mobile gaming region,” Lucas Mao, Managing Director of Global Esports at Moonton Games, told Esports Insider at the event. “In the SEA region, traditional PC gaming and PC esports are a bit vague and undeveloped comparatively. I think also in this region, the local sports leagues are not very developed.

“Mobile gaming and mobile esports is the first time the region has been given the opportunity to create its own competitor, whether it’s a tournament or league.”

Mobile esports’ importance within SEA cannot be understated, so much so that Malaysia’s Minister of Sport and Youth was even in attendance during MSC 2022 to take a press conference discussing how hosting the tournament impacts the country.

“Within Southeast Asia, infrastructure is not at its best,” Soh explained. “Accessibility towards sports infrastructure [is] challenged in markets like Indonesia, the Philippines, etc.

“While there is a culture and consumption of those sports, gaming on mobile phones becomes the next or rather the lowest hanging fruit for entertainment. As gaming becomes the most engaging form of entertainment in the world, and also the fastest-growing spectator sport, you see that shift immediately.”

While infrastructure is one piece of the equation, economic considerations remain one of the most consequential factors in SEA’s mobile dependency. Due to the cost of living and low wages across SEA, many can’t afford an expensive PC or console. As a result, the mobile phone has become SEA’s primary source of gaming entertainment.

Finally, with opportunities in abundance in the emerging mobile market, investment from organisations and developers has also helped bolster the scene, whether that be through the development of (franchised) esports leagues or facilities across SEA.

A mixture of all of these factors has led to a completely different esports ecosystem than what is seen in other parts of the world, with different titles having a prominent voice and esports organisations applying distinct strategies.

Those distinct strategies are vital because building a fanbase in SEA is a different process from the West. According to Soh, focusing on localisation is the key to success — both for esports leagues and esports organisations.

He commented: “What really separates Southeast Asia from maybe Western markets is there’s this deep level of localisation required, and that’s because of the nature and culture. Southeast Asia, as much as people like to call it one region, it’s actually really just various countries coming together.

“Even in media consumption, you can see that some countries prefer to consume content on YouTube, others on Facebook, adoption rate of different social media platforms is different. So it’s really 10 different countries trying to enter with different socioeconomic backgrounds.”

The same sentiment was shared by Moonton’s MD of Global Esports when asked how to navigate the SEA esports ecosystem. The idea is to customise a strategy for every country within the region, with an emphasis being put on understanding local culture and the local community. “We believe esports is about experience and connection,” Mao said.

Moonton told Esports Insider that MPL Malaysia being franchised is something in the works, and is currently being talked about amongst staff and higher management. Over the past couple years, MPL Malaysia has begun to grow its viewership and strengthen its commercial portfolio, securing the likes of McDonald’s and KFC as sponsors.

Mao and Lun strongly argue that franchising is benefiting the mobile esports scene. However, it’s crucial to be pragmatic when looking to establish a long-term strategy within a country. This doesn’t just apply to developers creating esports ecosystems, but teams looking to enter into other titles and markets, Soh added.

“We look at viewership, we look at the ecosystem, how sustainable it is and for us, it becomes a very inherently natural strategy to thereby invest in multiple teams across the region because we want to engage with those fans,” he said. “Each of our different teams operate very localised. So the content that’s been created is very tailor-made to that particular market.”

As of right now, RSG operates in MLBB leagues across Singapore, the Philippines, and Malaysia. In the latter country, the organisation also fields rosters in PUBG Mobile and Call of Duty Mobile.

The future of mobile esports, for SEA and beyond

Given the rapid growth of mobile esports in SEA, questions always turn to the scene’s potential in the West.

Moonton has already begun testing the waters outside of Asia by establishing MPL Brazil. Moreover, the developer has identified the Middle East as the next region set to fully embrace mobile esports, according to Mao.

“Mobile Legends is already a top game in the SEA region. So, from the gaming marketing side we see Brazil and the Middle East as the next opportunity. Why do I say Brazil? Because of the whole population and the success of Free Fire in the country. So, we do believe that we have an opportunity in Brazil.”

The rise of other mobile titles, such as League of Legends: Wild Rift, PUBG Mobile and even Clash of Clans could also be catalysts to breaking down the Western wall, particularly with the likes of ESL Gaming heavily investing in creating a mobile esports ecosystem.

However, this doesn’t mean that mobile esports will have an easy ride, especially since many in the industry still look down on mobile’s validity as a competitive venture. Earlier this month, North American esports organisation Dignitas posted on its Twitter account that “Mobile Gaming Is Not Gaming.” It later retracted the Tweet and posted again, this time mocking its statement after backlash from the mobile and wider gaming community.

Whilst this concept may seem obvious, it’s actually a strategy that is rarely used for most of the major Western esports titles. The Western model tends to split leagues by continents or subcontinents. After all, how many of the top-tier esports tournaments and leagues are country-specific?

In the Western world, franchising has become a phenomenon in recent years, but the system has shown mixed success. On one hand, titles such as League of Legends have flourished under a franchise model, however, the Overwatch League and Call of Duty League have struggled to offer sustainability.

In SEA, franchising is a core part of its mobile esports ecosystem, with the likes of Arena of Valor, MLBB and Free Fire having franchised leagues across various regions. When asked about Mobile Legends’ decision to franchise in particular, Mao emphasised that the model in the long term is more stable and provides benefits to the developer, its teams and the players.

“[Franchising] is much better for the ecosystem,” added Mao. “But the first thing is — before you transfer into the franchise model — you should make sure you have a very solid infrastructure in the country.

“You should focus on how to make the league popular, how to make content popular and in a sense how to make [sure] the teams have good investors to be well-financed. Then maybe after around two years, on some level, you are ready for franchising, from our perspective.”

Again coming back to this idea of localisation, in SEA it’s the countries themselves that are franchised. Due to this, not all parts of SEA have a franchise model for specific titles, largely due to certain ecosystems not being as well developed or as popular.

Still, Mobile Legends has found success without the franchise model; look no further than MPL Malaysia. Despite the country playing host to the MLBB SEA Cup this year, the league has yet to become franchised. Nevertheless, this isn’t without a lack of trying, as Ian Tan Wei Lun, Co-founder of Esports Business Network, the parent company of Malaysian organisation Orange Esports, confirmed.

“We were the first to show interest in a franchised league,” he said. “Why [do] I feel that franchising makes a lot of sense? Number one, the stakeholders — us as organisations within Mobile legends, and Moonton as organisers — show that we are equally as committed to investing into esports as a whole.

“So with that commitment, it should signal to the industry, a lot of the brands, to say that this is getting more serious. The reason why is because people are actually paying to be part of a franchise, that speaks volumes.”

“What about the next generation?” Soh questioned. “Will they still view gaming as a hobby that they would prefer to consume over console and over PC in comparison to mobile?”
It’s often easy to be trapped in an ‘esports bubble’ when it comes to discussing the popularity of a title. To this day, it’s still an ongoing debate whether the sector is considered mainstream.

However, mobile esports trailblazers like Mao and Soh — and the roaring and passionate crowd at MSC 2022 — prove there’s an unignorable future for esports’ hottest new platform.

Mobile may never be a breakout success within the Western world — it’s too early to tell. Nevertheless, if mobile esports keeps growing at its current pace in Southeast Asia, it may never truly need to.